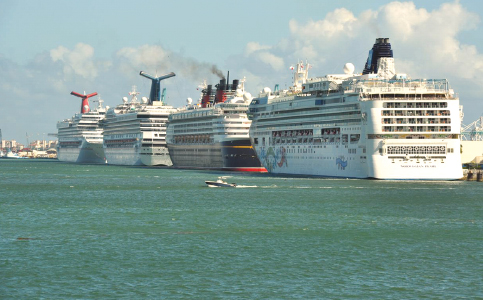 Miami-Dade commissioners are taking measures to protect county-owned assets from any governmental entity or elected official trying to take control of them.

Commissioners adopted a resolution July 7 asking voters in November to amend the Home Rule Charter to provide that voters must approve in advance any commission decision to transfer Miami International Airport, PortMiami or Miami-Dade Expressway Authority ownership or authority to any government entity.

The legislation came a week after the Miami-Dade Expressway Authority won a judgment that would close litigation against the state Legislature-created Greater Miami Expressway Agency (GMX) that was signed into law in 2019 by Gov. Ron DeSantis to take control of the assets of the authority (MDX).

The Home Rule Charter serves as Miami-Dade’s constitution, protecting self-government. It also provides the county with powers to abolish agencies operating solely in Miami-Dade, as was the case of the state-created GMX to run the five expressways that are solely within county boundaries.

“This item is to protect our assets,” said Chairman Jose “Pepe” Diaz, who sponsored it. “The item is made to protect the entities moving forward, whether it’s the state, the federal government, or whoever is here.”

“If you wait for the problem to occur, it may be too late,” said Commissioner Joe A. Martinez in support of the resolution.

The Florida Constitution requires state and county officers to take an oath as they enter office to protect and defend the constitution and government of the US and of the state. The resolution aims to add a similar oath for the county officials.

The two matters sponsored by Chairman Diaz align with his promise to continue to protect home rule powers and the Miami-Dade Expressway Authority against state attempts to take control of its $4 billion assets.

“I want to make clear that this board will not deviate from our position,” Mr. Díaz told the MDX board June 30, two days after the 11th Judicial Circuit closed the MDX-GMX case.

Now commissioners may have to explain to voters the impact of each of these questions.

“I’m also concerned that you put a contradictory option for us to vote on which has to do with giving away our rights and total [control] to the airport, to the seaport, and so forth,” county resident Susan Corey told commissioners Thursday. “Why would this board want to give the state in our own backyard to come in and enforce rules? I feel that is contradictory and confusing for the elections.”

The first resolution, including the requirement to get voters’ approval prior to transferring ownership or authority of the airport, port or expressways, also sowed confusion among commissioners.

Commissioner Rebeca Sosa thought the question would go to the ballot if any state or federal entity tried in the future to take control of the county assets, not in this November’s election.

“What if the voters vote it down? What happens then?” Commissioner Danielle Cohen Higgins asked. Commissioner Raquel Regalado responded that then the charter would remain as it is.

Most people infected with omicron variant ‘didn’t know they had it,’ study finds – The Hill